Since 1969, the German aero- and astronautics centre, Deutsches Zentrum für Luft- und Raumfahrt (DLR), has been operating various antenna installations from its Weilheim site for communicating with spacecraft. Located approximately 60 km to the south-west of Munich, the DLR ground station serves as an important link between the Earth and satellite. As a satellite passes overhead, communication links are established with it which simultaneously enables bi-directional communication. The Weilheim ground-station is attended in shifts providing for 24/7 operations.

DLR’s Weilheim ground-station operates a data centre with a UPS / battery room and a control centre for monitoring and controlling satellite systems, and generally executing its designated tasks. The data centre is cooled using existing climatic chambers employing chilled water; the USP and battery room using a climatic chamber with direct-refrigerant injection; and the control centre via existing chilled beams and – in parallel to these – an air conditioner with minimal outdoor air rate. The chilled water has formerly been generated by a compact, air-cooled propane / chilled-brine refrigeration system with integrated free cooling.

The project mandate was to provide a fail-safe chilled-water system with a future-proof refrigerant, low operating and maintenance costs, and superior energy efficiency. The system should not only supply all parts of the installation and thereby resolve the existing redundancy gap, but also replace the cooling of the UPS / battery room.

All of these requirements could be met with the eChiller’s innovative technology which runs on R718 (in this case: drinking water). Moreover, the system’s modular architecture allowed the deployment of three eChillers, thereby offering internal redundancy for the generation of the chilled water.

An energy saving forecast also had to be submitted before the project could be initiated. The electrical power used for cooling over the previous year served as the starting point for this. The anticipated power consumption of the new system concept was then calculated based on climatic data, concluding that an approximately 40% saving should be possible. The project was signed off on this basis. 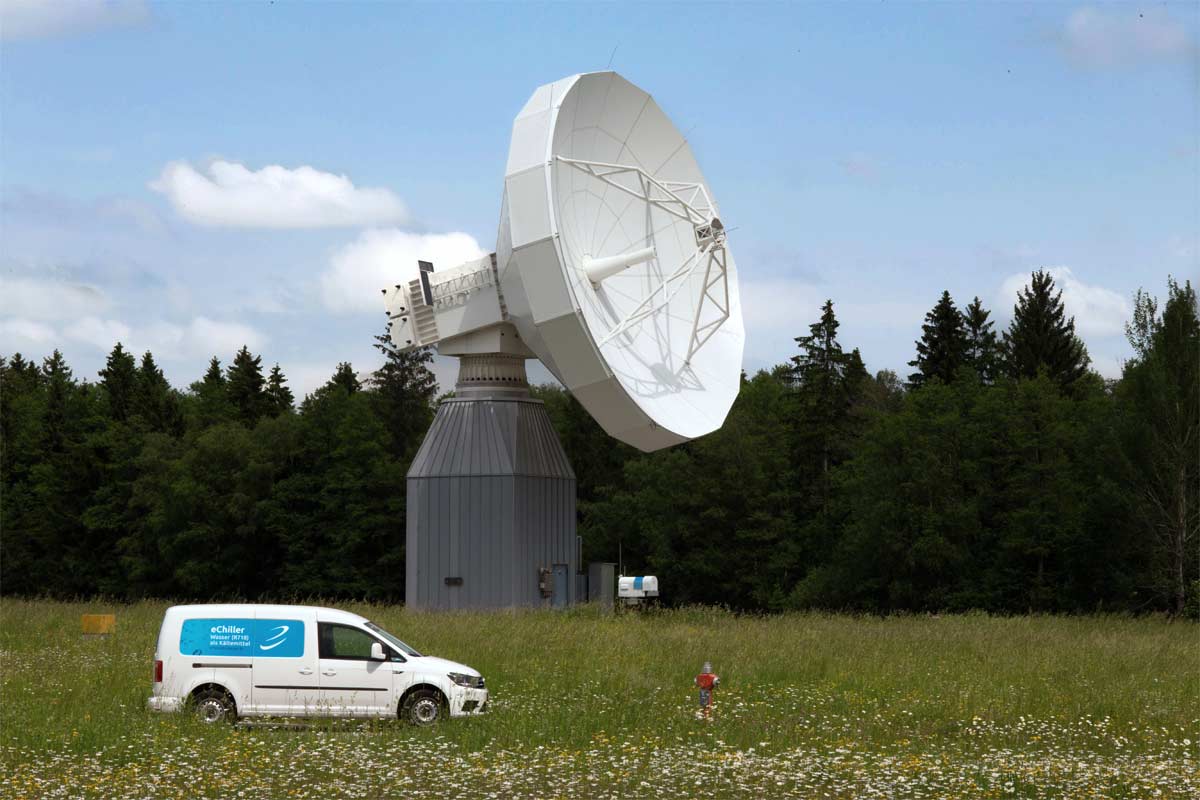 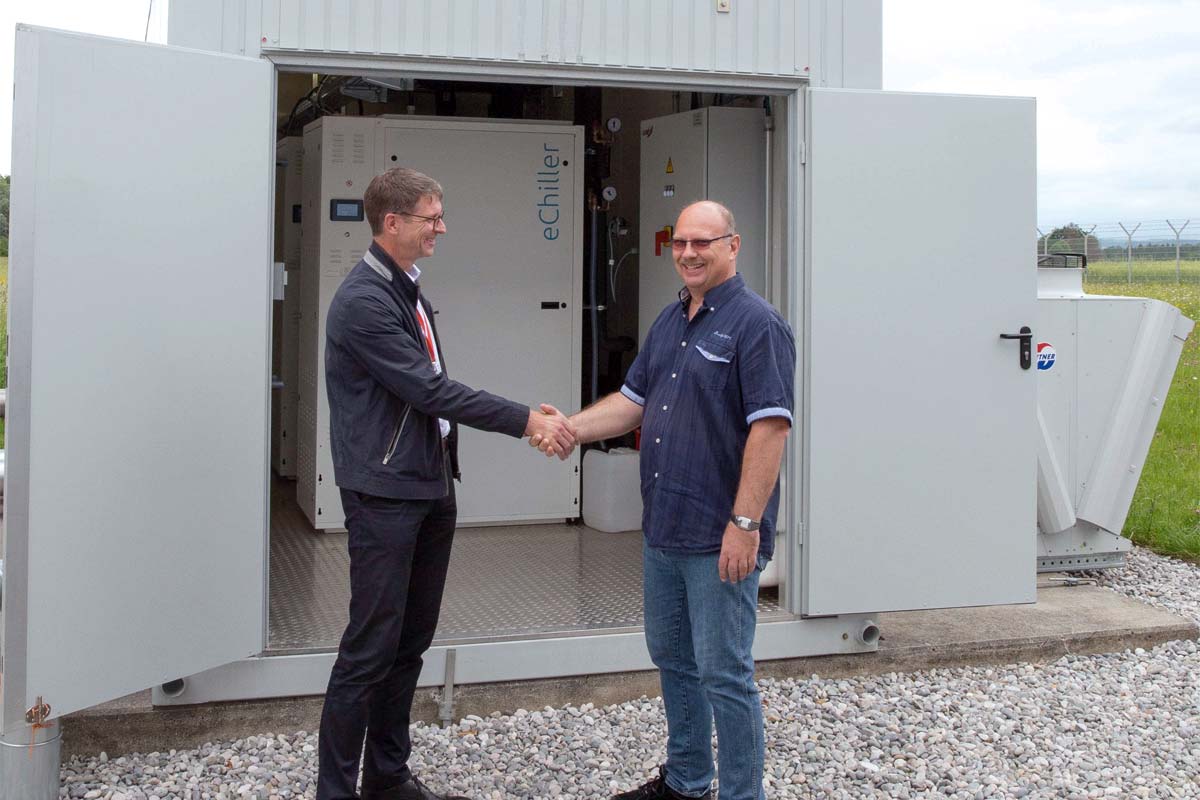 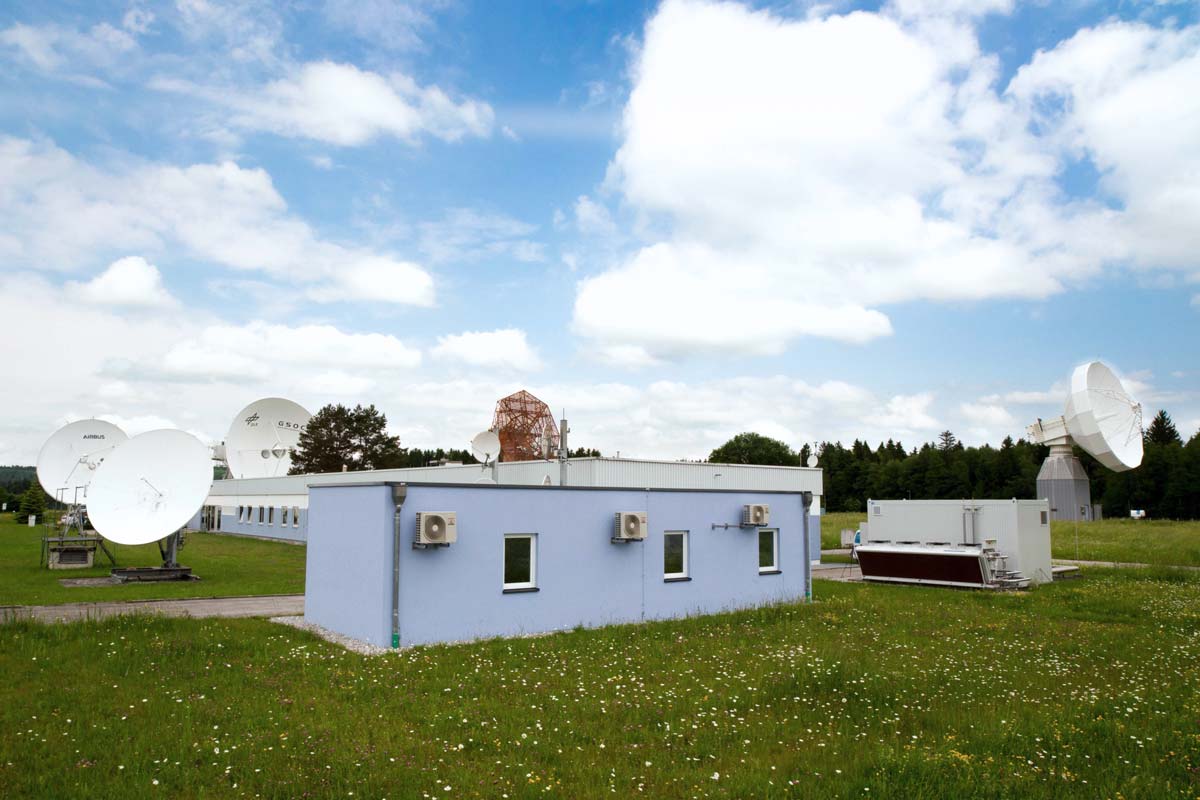 The system has been in operation since February 2019. The first evaluations already point to a 40% energy saving compared to the same period a year earlier. The eChiller’s comprehensive energy monitoring functions make it very easy to collect data (smart).

With further measurements being continually recorded and saved, all project participants are now eagerly awaiting the full-year results.