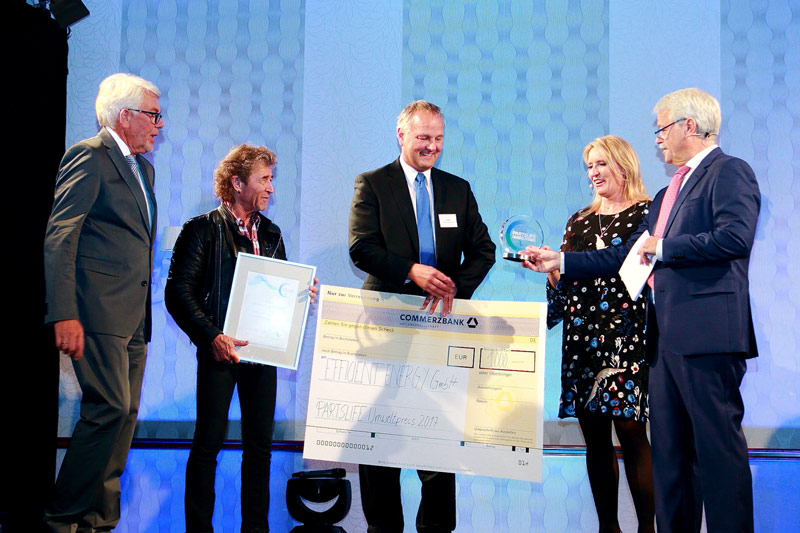 Event patron and musician, Peter Maffay, presented the award to Dr. Jürgen Süß at a ceremony during a gala dinner being held as part of the Partslife Congress in Wiesbaden.

Since 2012, the prize has been awarded annually to businesses which exercise outstanding responsibility for preserving the environment and whose proactive, environmentally-friendly business practices are of a particularly exemplary and commendable nature. Candidacy, which was initially limited to companies of the automotive sector, has meanwhile been extended to include other industries too.

We are delighted that the eChiller, and thereby also the natural refrigerant, water, were once again able to demonstrate their convincing benefits.